From degradation to regeneration

Within the scope of the project, a methodological handbook “FROM DEGRADATION TO REGENERATION” for specialists working in municipality authorities, was developed.
It includes theoretical information on space reuse issues, examples of good practice in revitalization and regeneration, and reﬂects the “Trans-form” experience.
The target audience of the handbook is urban specialists, students of vocational schools, decision-makers – all those interested in the issues of degradation and regeneration and ways of solving it. In the authors’ opinion, the work done during the project will serve as a tool to think, search and shape the users’ own views and actions for each case.
The purpose of the book is to broaden the existing, traditionally used, understanding of brownfields. This is determined by the contemporary view and the need for a complex approach to addressing spatial development issues.

THE STRUCTURE OF THE HANDBOOK

The book is organized into 5 parts. The first part is devoted to understanding brownfields and related concepts, including specifically in Latvia and Lithuania. It also describes historical factors behind the formation of brownfields. A complex view of regeneration and space incorporates the physical, economic and social aspects of a multidimensional environment. This view is little reﬂected in the context of brownfields.
The second part is dedicated to examples of regeneration and revitalisation in Europe. In addition to the many positive stories, the book oﬀers a structured view of each case, including process analysis that can be used for learning.
The third part is devoted to the project “From slum to chic”. This section includes examples of the brownfields in Latvia and Lithuania, which participated in the project, and conclusions derived thereof.
The fourth part comprises recommendations for site regeneration and revitalisation. A set of criteria can serve as a guide to evaluate diﬀerent aspects of degradation.
In this section the readers can find the authors’ view of the best practice, model and approach solutions best suited for Latvia and Lithuania.
The fifth part is a compilation of literature and additional references that can be used to obtain information on brownfields.

The concept of brownfields is relatively new. It is most often attributed to abandoned, unused and polluted sites, buildings and larger areas whose degradation was the result of the collapse of the Soviet system. creating attractive, high quality and sustainable living space and increasing its competitiveness is a common task not only in Latvia and Lithuania, but in the whole of Europe.
Brownfields are those to which we give status and meaning that distinguishes them from other areas, and that have features that diminish the value, use, and other aspects of the sites. Sometimes it is used as a counterpoint to developed areas. Traditionally brownfields are associated with pollution, abandonment, abandoned land, industrial or commercial needs. As there is no uniform regulation at EU level or in individual countries, diﬀerent criteria are used for delimiting brownfields.
In Latvia, brownfields are unclearly defined in different regulations, distinguishing between brownfields, polluted, unbuilt, abandoned and unmanaged areas. In Lithuania, the term ‘brownfields’ (apleista teritorija) is used for both agricultural and industrial sites. countries usually have financial instruments for the regeneration of such areas.
A brownfield is a social construct and contextually related to land use and societal values – one area may / may not be considered to be degraded depending on the criteria selected.
Degradation, as a process, is long-lasting and can encompass not only urban space but also the countryside with various land uses. It can have a multidimensional view, from a single slum to vast areas of regions that require diﬀerent recovery tools. As a spatial phenomenon, degradation is viewed in a complex context – physical, economic, environmental, social, governance. In this sense, spatial planning suggests the use of a designation – Special Needs Spaces (SNS), which takes a broader view than the traditionally accepted one.
The ever-increasing complexity and dynamism of the spatial transformation process require the search for concepts that would ft the various aspects of this process.
Diﬀerent concepts are used to denote spatial regeneration – rehabilitation, remediation, purification, restoration, revitalisation and regeneration. Their meaning is similar but diﬀerent in scale, methods used, and the range of issues to be addressed.
Regeneration is a specifically managed, inclusive and integrated enhancement of the area’s ability to self-regenerate, including aspects of the biological environment, economic capacity, social potential and physical quality. It is strategic in its vision and in its action as a whole, with a view to tackling the problems of the area in an integrated manner (pollution, socially disadvantaged environment, unemployment, low economic attractiveness, etc.), contributing to significant long-term improvements. The regeneration process enhances the ability of the system to self-regenerate spatially under favorable conditions.
The regeneration process can be driven by both the public and the private sector, for example, in the context of Public-Private Partnerships (PPPs). In both cases, the community plays an important role, promoting neighbourhood ownership, and thereby engaging in neighbourhood processes. The process involves a set of sequential steps where the development of recovery programmes is important. Regeneration practices since the 1980s have two common features: programme implementation is provided by specialized agency-type governing bodies, and they are based on public-private partnerships to provide funding.
Depending on the scale, importance and scope of the SNSs, a variety of stakeholders are involved in developing the communicative Partnership Model (cPM). A successful
partnership contributes to a positive transformation of the partners involved and increases the eficiency of the instruments used.
The process of restoring SNSs is often hampered by a lack of knowledge, experience and shared understanding of the economic, social and environmental benefits of remediating a degraded environment. 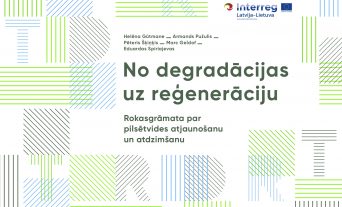 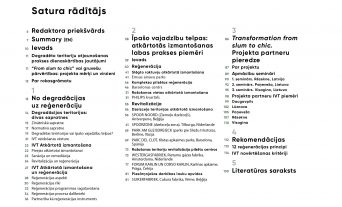 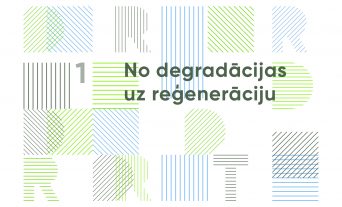 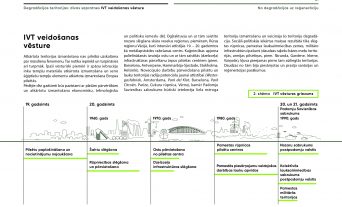 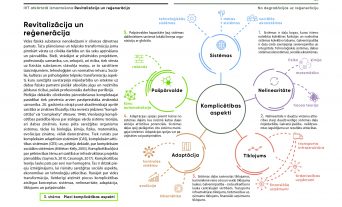 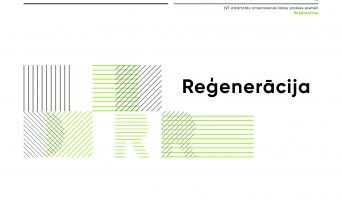 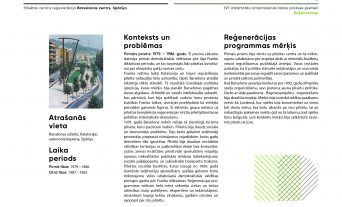 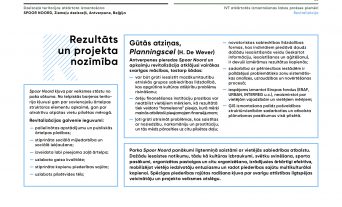 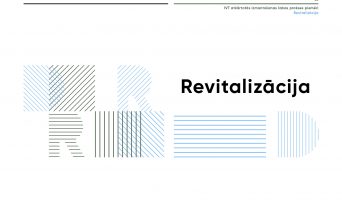 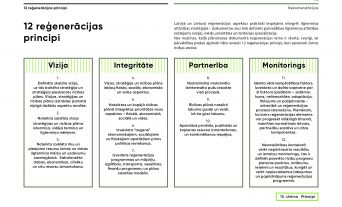 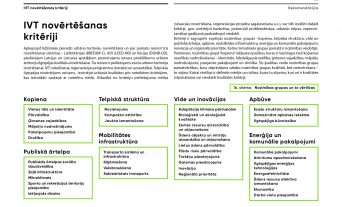 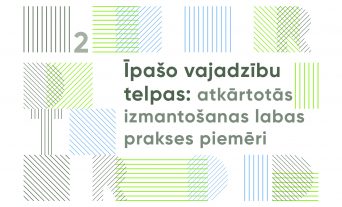